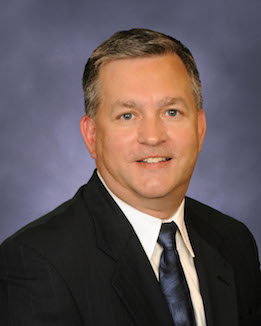 Kenn Hall has been with Anadarko Industries since its operational doors opened in 2005, and became the President/CEO in 2016.  He has been instrumental in overseeing the company’s operational performance and providing the business strategy to sustain as a $25M/year company for over a decade.

Kenn has over 25 years of leadership experience in a variety of industries. In the early ‘90’s, he worked as a Project Engineer/Manager at NASA JSC concluding managing the Space Vehicle and Mockup Facility (SVMF).  In the late ‘90’s, he worked in the Energy Industry with Ernst and Young as a Management Consultant leading process improvement activities and implementing IT e-commerce solutions.  Kenn then returned to the government services arena to lead AI’s technical operations in IT, engineering, safety and logistics supporting NASA, DoD and USDA.