Our spotlight this month shines on Cordaro Anderson, Warehouse Lead on the Johnson Space Center (JSC) Facilities Support Services (FSS) subcontract under PAE.  Born in Shreveport, Louisiana he has been a resident of Dickinson, Texas since 1998 and graduated from Dickinson High School (Go Gators!!).

Cordaro has been an Anadarko employee for over ten years supporting the FSS contract.  He was instrumental in getting the “C-Store” up and running. It is an on-site consignment warehouse that stocks the most typically used items on the FSS contract to make it easy for technicians to run grab and item and keep the job going. Cordaro is a great fit for overseeing its operations as he is a people person and loves “to have a good time and make you smile.”  That operation has grown every year with the number of items in stock more than doubling and was recently moved to a new larger facility.  His daily focus is making sure our customers have what they need to complete their tasks safely and ensuring his team is as efficient as possible.  He is a member of the PAE Safety Committee on the contract and is a two-time winner of the Anadarko Industries Work Smarter Award.

He has been married to his high school sweetheart, Jessica, since March 2014 and they are blessed with two children, nine year old son, Cordaro Jr., and five year old daughter, Faith.  Cordaro loves to spend time with his family and prides himself on putting them first and always being present for family activities.  Those activities typically include camping, swimming, or various sports, which also sees him coaching as well, and an annual vacation that includes Yogi Bear Park.  One of these days he hopes to take the family to Hawaii for a vacation.  He’s also been known to work out just a bit and loves playing poker and dominoes with his friends, most of whom he’s known since grade school.

Highlights of his life so far include graduating from high school, especially for the smile and happiness it brought to his mom; his marriage to Jessica; and the births of their two children.  He has two mantras that guide his life.  First, that he “can do all things through Christ who strengthens him,” and secondly, “to turn life’s lessons into future blessings.” 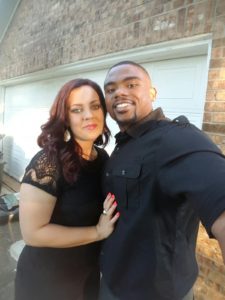 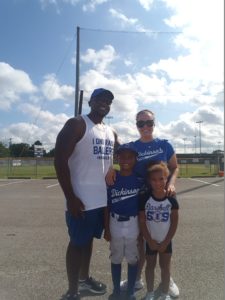