Brian Kelsay is the Task Order Lead at the US Department of Agriculture (USDA) large office in Kansas City, Missouri, where he’s been on two contracts for a total of 15 years, and with Anadarko since 2006.  His typical day involves coordinating large projects with other IT groups and customers, answering technical questions, lots of them, and helping customers understand the IT processes in place within USDA.  He currently manages nine IT Specialists, soon to be ten, which in turn support approximately 1400 users in the facility.  He worked for a shipping company while in college, and worked his way up from loading trucks to supervising 20 workers and millions of dollars in freight and equipment; and has worked in IT support at Sprint, the City of Kansas City and several small companies before joining the USDA effort.

The best advice he was given was “to be willing to do yourself, anything that you would assign to another person.”  Something that is echoed by Brian noting “I really enjoy my work, helping people with their computer problems and building infrastructure.  I like that what I do helps all the parts of a business collaborate and work more efficiently. Every single person in our building is our customer.”

His biggest single professional accomplishment to date has been winning the USDA Administrator’s award last year for an important USDA Farm Service Agency client-server project.  He provided support for 3 server admins, 15 users, 4 testers and an outside vendor developing a replacement for a 20 year old system that was failing.  But the professional achievement he is most proud of is the work he does at USDA, streamlining processes and trying to make his team more efficient all the time.  He’s gotten the group to work more as a cohesive team, to collaborate and improve their final product, the computer and customer service. Brian says “Our group communicates and works together constantly to help each other even though we are frequently on opposite ends of a large building.”

Born in Kansas City, MO, he lived most of his life in Independence, MO, the home of Harry Truman, with stints in Rolla, MO and Cedar Rapids, IA as well.  He originally enrolled at the University of Missouri-Kansas City as an engineering student, but switched to business and communications, finally graduating with a Bachelor of Liberal Arts.  While in college he also learned some Russian and then studied Russian history, political science and film

Brian’s wife of 11 years, Darlene, works for Children’s Mercy Hospital in nursing administration, and helps him herd 4 cats, fish and a bearded dragon around the house.  Both of his parents are retired and live in KC, and he has one brother that teaches high school math locally.  He has 3 children, Zach (21), Zoe (20) and Sophie (18), that are truly his greatest accomplishment.   Zach is a law student at KU and the president of the first year law students.  Zoe is a nursing student at Oakland University in Michigan.  Sophie is in her last year of high school, looking to pursue graphic design.  He’s had several occasions where his kids were helping tutor at a local grade school or his son at Boy Scout Camp and says “It’s a proud moment when I hear other parents tell their kids to follow my kid’s example, be kind, help other people, be generous, teach what you know, and be a good listener.”

He volunteered for 15 years with the Boy Scouts of America, which makes a good degree of sense, as both he and his son Zach are Eagle Scouts.  Brian also likes to tinker with electronics like the Raspberry Pi single board PC, robots, remote control planes, and has started to get into high power rockets.  And when he needs something to slake his thirst he can reach for one of his homebrewed beer, wine or meads.  Given that his motto is still “Be Prepared” that seems like a pretty good list of hobbies.

His favorite vacation was a trip to Las Vegas and Hollywood with his wife and kids when they made lots of memories going to the top of the Eiffel tower and playing in the waves at Manhattan Beach near where his wife grew up.  He’s hoping to make a trip to the see Aztec and Mayan ruins in Mexico with the family in the near future and will see what is next after that.  If the past is prologue that future is going to be interesting for Brian and his family as he has also jumped out of an airplane 6 times, scuba dove off the coast of Maui, and been to the top of a volcano.  “Be Prepared” indeed. 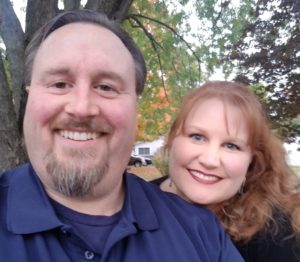