In Memory of Tom Short 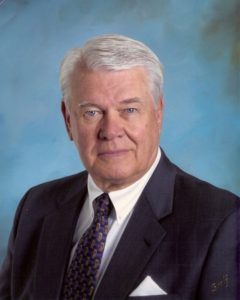 It is with great sadness that we announce the passing of Mr. Tom Short, Anadarko Industries’ former President and CEO. Tom was 85 and had a tremendous impact on the space industry working on the Apollo and Space Shuttle programs. After a highly successful endeavor as President/CEO of Johnson Engineering and then as Senior VP of SPACHAB, Tom took a couple of years off before one last, but significant, run as President/CEO of Anadarko Industries. However, this time he started from scratch as he was “Employee #1”. Tom served in that capacity from the time the doors opened in 2003 until February 2016. He always loved the idea of us being able to help the Wichita Tribe and celebrated the milestone of us providing over $10M in distributions back to the Tribe. Even after he stepped down as President/CEO, he never stopped helping. He continued to support under his President Emeritus title always wanting to network and make connections. He will be missed dearly.